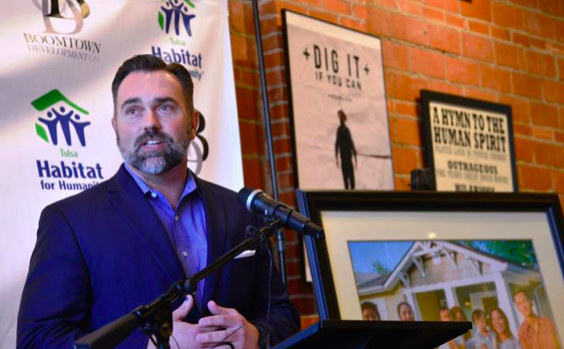 Tulsa Habitat for Humanity announced a broad new initiative Thursday that will expand its reach to more people having difficulty finding affordable housing.

“We’re here to make a truly historic announcement that we hope will forever alter the future of Tulsa neighborhoods,” Tulsa Habitat CEO Cameron Walker said at a news conference.

With a $6.7 million grant from the Anne and Henry Zarrow Foundation, Tulsa Habitat has created an affiliated nonprofit — Boomtown Development Co. — to create a variety of housing solutions for people who make too much money to qualify for Habitat housing but not enough to qualify for traditional mortgages.

“Habitat for Humanity is a fantastic organization, but it’s very limited in scope,” he said. “So many families are still falling in the gap between where our program ends and … being able to walk into a bank and get a mortgage.

“So what we’re trying to do is fill that gap.”

Walker said it is no longer possible for someone working a full-time minimum wage job to afford something as basic as a two-bedroom apartment.

More than 11 million Americans are spending more than half their paycheck on housing, forcing them to neglect other basic needs like food, transportation and health care.

Walker said the grant will enable Habitat and Boomtown to buy more property for renovation or new construction, changing entire neighborhoods for the benefit of all neighbors.

They will focus on the Kendall Whittier neighborhood, he said, but will also work with the city and other groups to identify additional areas that are in need of affordable housing.

Walker said 26 homes will be completed this year by Habitat and Boomtown, and the target is 40 homes next year.

By the end of five years, he said, the organizations hope to be doing 150 homes per year — a mix of new construction, remodeled homes, townhomes and multi-family rental units.

Boomtown also will create PATHS, or Permanent Answers to Housing Shortages, to provide financial training, support services and other help for those families.

Bill Major, executive director of the Anne and Henry Zarrow Foundation, said before the news conference that affordable housing is one of its key priorities.

“There’s a tremendous need,” he said.

“Our partnership with Habitat is just one of many strategies that we’re using to build more workforce housing in the city.”

Major said the grant over a five-year period will create a self-sustaining endeavor.

“They’ll be able to do this for decades because of this initial seed grant,” he said.

Along with other agencies, he said, Tulsa Habitat’s new initiative “will create the opportunity for all Tulsans, regardless of income, to have a safe, decent shelter, and a place to call home.”

Deputy Mayor Michael Junk congratulated Tulsa Habitat for the “tremendous job they have done over the years.”

“And I think they will continue to make a bigger impact, with the announcement of Boomtown, which is just a tremendous thing,” he said.

“Long term, Boomtown will be a major impact on the next generation of Tulsans.” 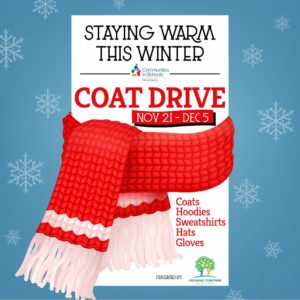